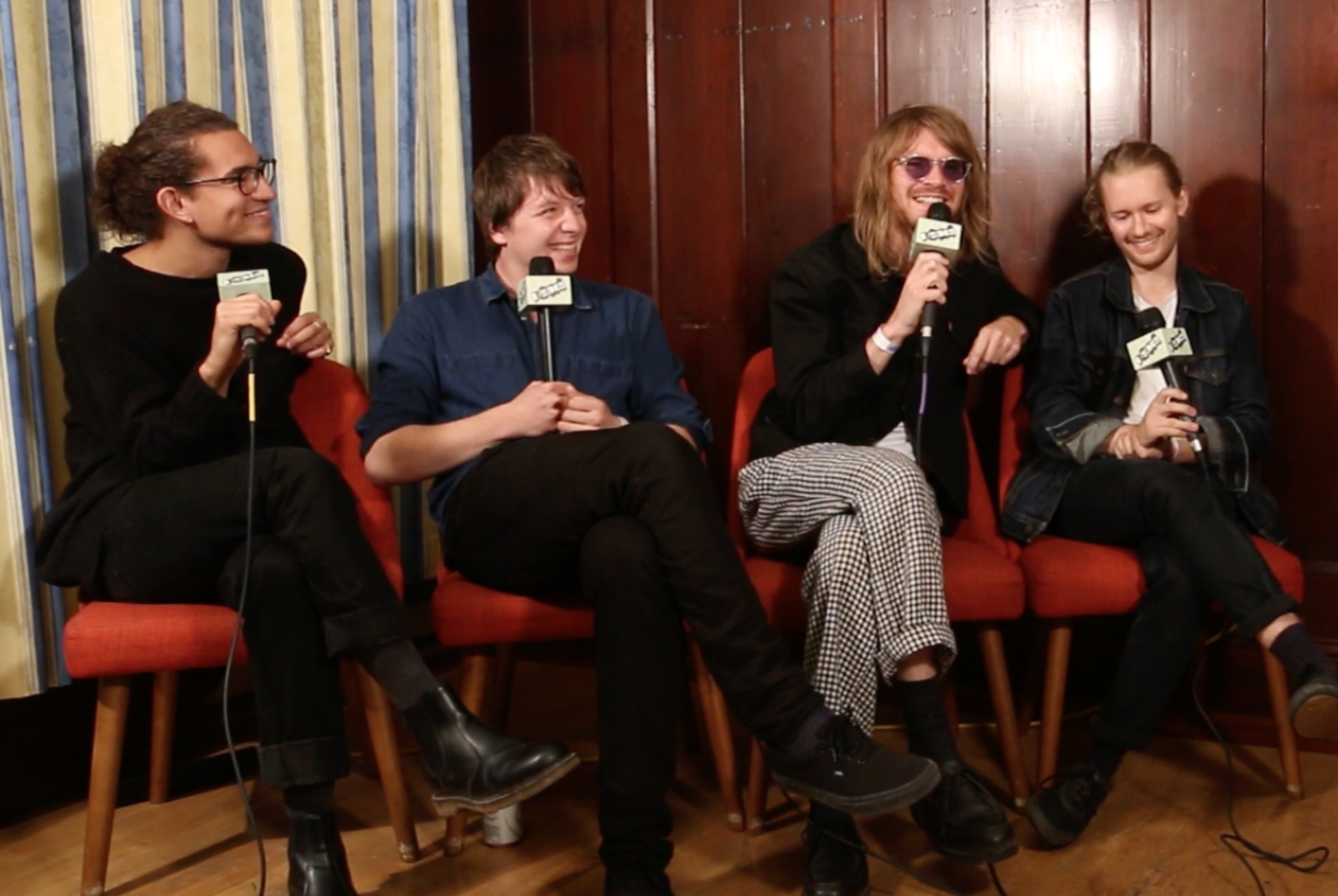 London band, ISLAND released their debut album, Feels Like Air via Frenchkiss Records, earlier this year on April 6, 2018 to strong critical acclaim and embarked on their first North American tour shortly thereafter. The four-piece formed as teenagers with frontman Rollo Doherty, who started with an acoustic bedroom project but would also play with friends guitarist Jack Raeder, bassist James Wolfe and drummer Toby Richards. The friends enjoyed experimenting with various sounds as Doherty explains, “Back then it was properly folky.” “But we also wanted to sound like Grizzly Bear and Kings of Leon,” laughs Raeder. “It was putting those streams together that began the start of what would, eventually, become ISLAND.” ISLAND would release their debut EP Girl, on their own, as it was recorded and mixed by Wolfe in night-time slots over a period of four months. Wolfe stated, “It took so long because I was still working out what I was doing!” The work paid off, as the first single “Stargazer” made it onto Spotify’s much-coveted New Music Friday playlist and would go onto achieve over 2 million plays on Spotify alone. As the band garnered attention online, they were honing their stage presence and live performances to the point that their reputation would enable sell-out shows across the UK, performances at The Great Escape, London Calling and Reeperbahn.

B-Sides met up with ISLAND during their San Francisco tour stop where the band performed “The Day I Die” and spoke about their early origins forming their sound, establishing their stage presence and more.