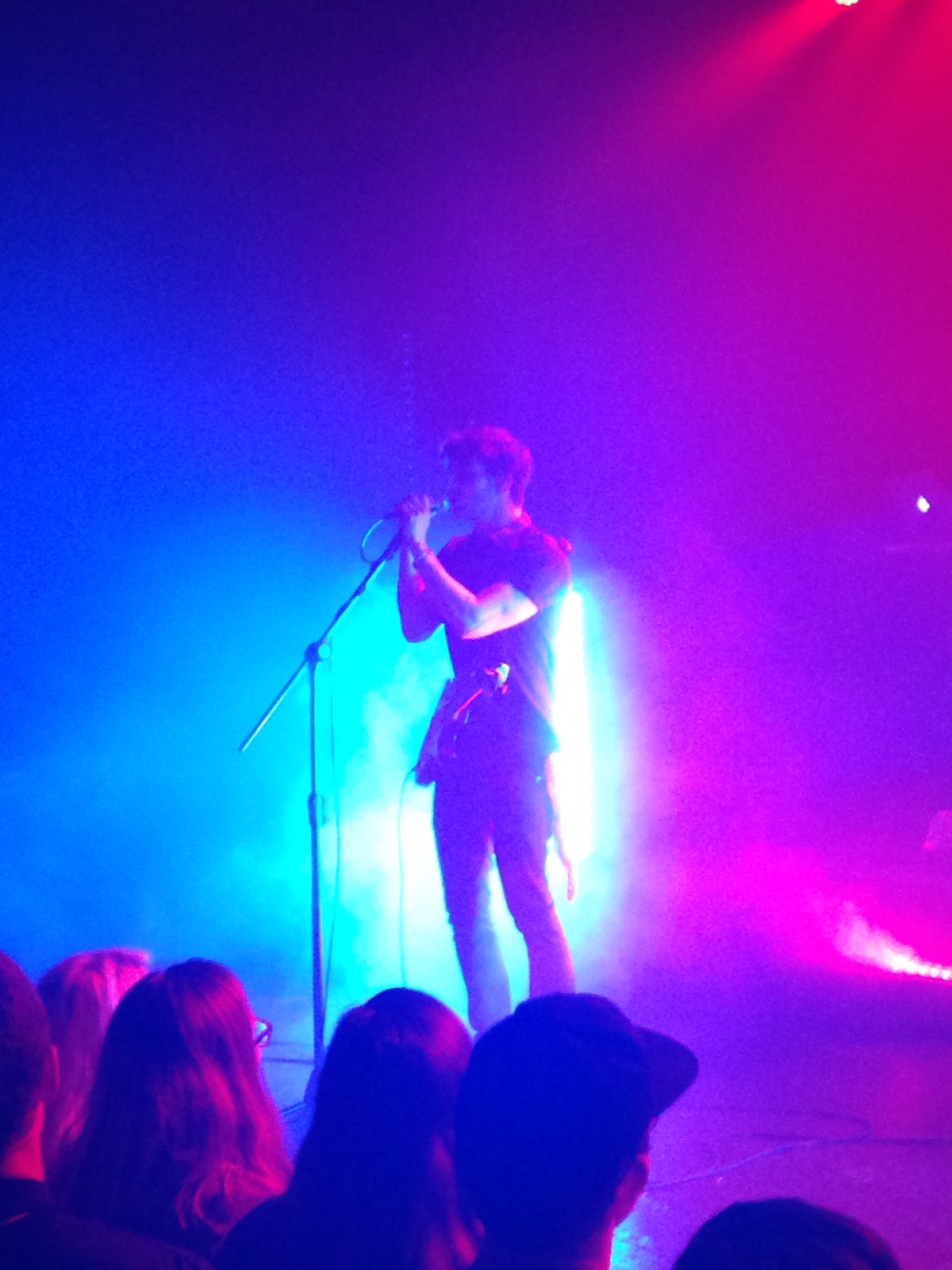 Zachary William Dess brought his first official solo project, Two Feet, to the notorious Exit/In in Nashville,TN recently and impressed many.  With some support from opening act Absofacto, the venue sold out and made for yet another great show at Exit/In.

The heavy lists of artists that cover the black walls of Exit/In stands proudly above the bar as people funnel into the famous venue.  The crowd is as young as the night as they energetically wait for the show to start.  With the success of Two Feet’s single “Go Fuck Yourself” it is no surprise when the venue fills almost to capacity before the opening act even begins.  Blue light fills the room as silhouettes appear onstage and the crowd cheers eagerly as opening act Absofacto starts his set.  Absofacto’s set is consistent as he performs songs from his recent Thousand Pieces.  The dreamy pop is well accepted by the crowd, especially the track “Done With Love” and the last song on the set, “Dissolve”.

In between sets the crowd stays right where they are packed against the front of the stage awaiting Two Feet.  Soon enough he hits the stage to an incredible response, its very obvious who brought the young faces out.  With accompaniment from only one other person on electronic drums and a laptop, Two Feet stands alone at the front of the stage with a red stratocaster tearing through his set with a more distorted guitar sound than you will find on his studio work. The small amount of material Two Feet has packs a big punch as his fans sing along and scream anytime he rips into a soulful solo over the trap beats and fuzzy bass synth that rattles the venue.  Songs like “Had Some Drinks” and “I Feel Like I’m Drowning” allow for some extended guitar work that the crowd loves.

Two Feet is very grateful for the welcoming response, he speaks to the crowd with humility, mentioning he has laryngitis and that he was asked not to perform which to him was not an option.  “If there are any people in the music business here, go fuck yourself!” he states seriously seguing, appropriately enough, into his most popular hit “Go Fuck Yourself”.  This song in particular receives a response from the whole room as everyone sings the chorus.  Two Feet quiets the crowd and thanks them wholeheartedly as he leads an a cappella sing along of the chorus and bids goodnight to Nashville.

Catch Two Feet on the festival circuit this summer and keep and ear out for local dates as well.