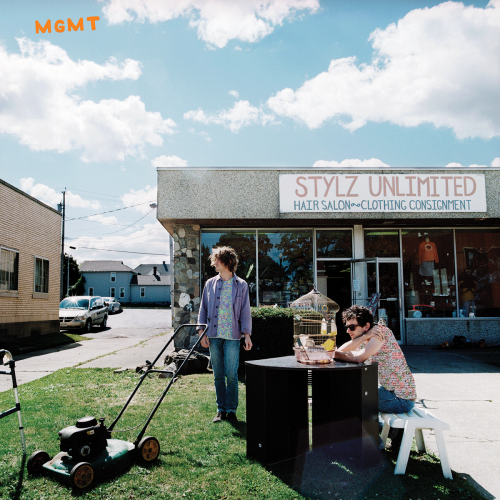 American electro indie rock duo MGMT, has just released their latest album MGMT this month. However, for fans who only know of the “hits”, this album is not as engaging or as lively as their past works, such as their debut album Oracular Spectacular, which featured popular singles “Kids” and “Time To Pretend.” The album has a much more mellow approach, yet it still represents the band’s psychelic electric combination of sound, in which many of the songs have a heavy 1960s and 1970s rock influence with a dash of  a modern day electronic feel. The pace and theme of the album and seem to be a bit more philosophical such as in the song “Introspection.” With lyrics like, “Voices in profusion, colors, thoughts, emotions, are trapped within the heart, feeling no emotions, end without a start.” The song is a cover from Faine Jade, and is about looking more deeply into relationships and life in general. The album also has more of a gloomy presence within its tracks with titles like “Mystery Disease,” “A Good Sadness, and “Your Life Is A Lie,” amongst the rest of the album. It is unique in the sense that the tracks are not easily interpretated, and speak more about topics outside of love and life struggles, such as in the song “Alien Days,” which sounds like a song delves more into fantasy or dreams versus reality and the hardships of life. Overall the album is creative with its songs having a deeper meaning that involves more critical thinking to understand. But when it comes to beat flow and instrumentation, the album is very slow and is hard to pay attention to. MGMT is currently available for streaming and on Spotify and iTunes.

Check out the music video “Your Life Is A Lie” here!