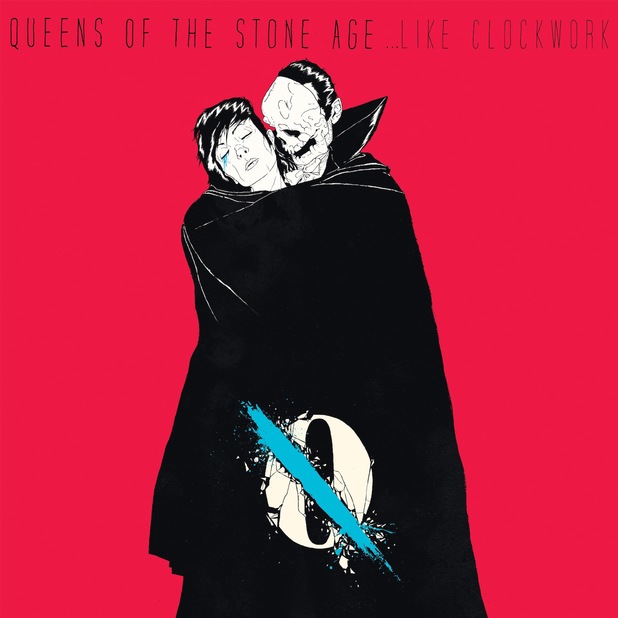 ALBUM REVIEW: …Like Clockwork by Queens of the Stone Age

American hard rock band Queens of the Stone Age have just released their new album called …Like Clockwork. This is the band’s sixth full length album which was released June 3rd in the United Kingdom and June 4th here in the United States. The album is a continuation of their heavy guitar riffs, dark lyrics, and founding member/lead singer Josh Homme’s haunting voice. Just like the band’s previous work, there is a collaboration with different guest appearances on this album, such as Dave Grohl from Nirvana and Foo Fighters and Elton John; as well as past band members (Nick Oliveri and Mark Lanegan) who perform throughout the entire album.

Although this album still captures their hard rock persona, the songwriting gives off  a slightly more mellow vibe compared to their  usual loud rock sound. The songs touch on heart break, sex, anger, and keeping up a tough appearance through internal woes. The song “I Sat By The Ocean,” speaks with a sense of irritation of being dumped by some one with lyrics like, “And I could have been your one and only, instead I’m the lonely one. You, me, and a lie. Silence is closer, we’re passing ships in the night.” The disappointed yet careless attitude follows throughout the whole album and reflects the band’s musical style completely, continuing with the song “I Appear Missing.” Such lyrics like “Calling all comas, prisoner on the loose. Description: A spitting image of me, except for the heart-shaped hole where the hope runs out,” the song greatly expresses how someone feels when they think they are losing their sense of identity.

…Like Clockwork is currently on sale on iTunes and for streaming on Spotify. Check out their music video here for the track “My God Is The Sun.”