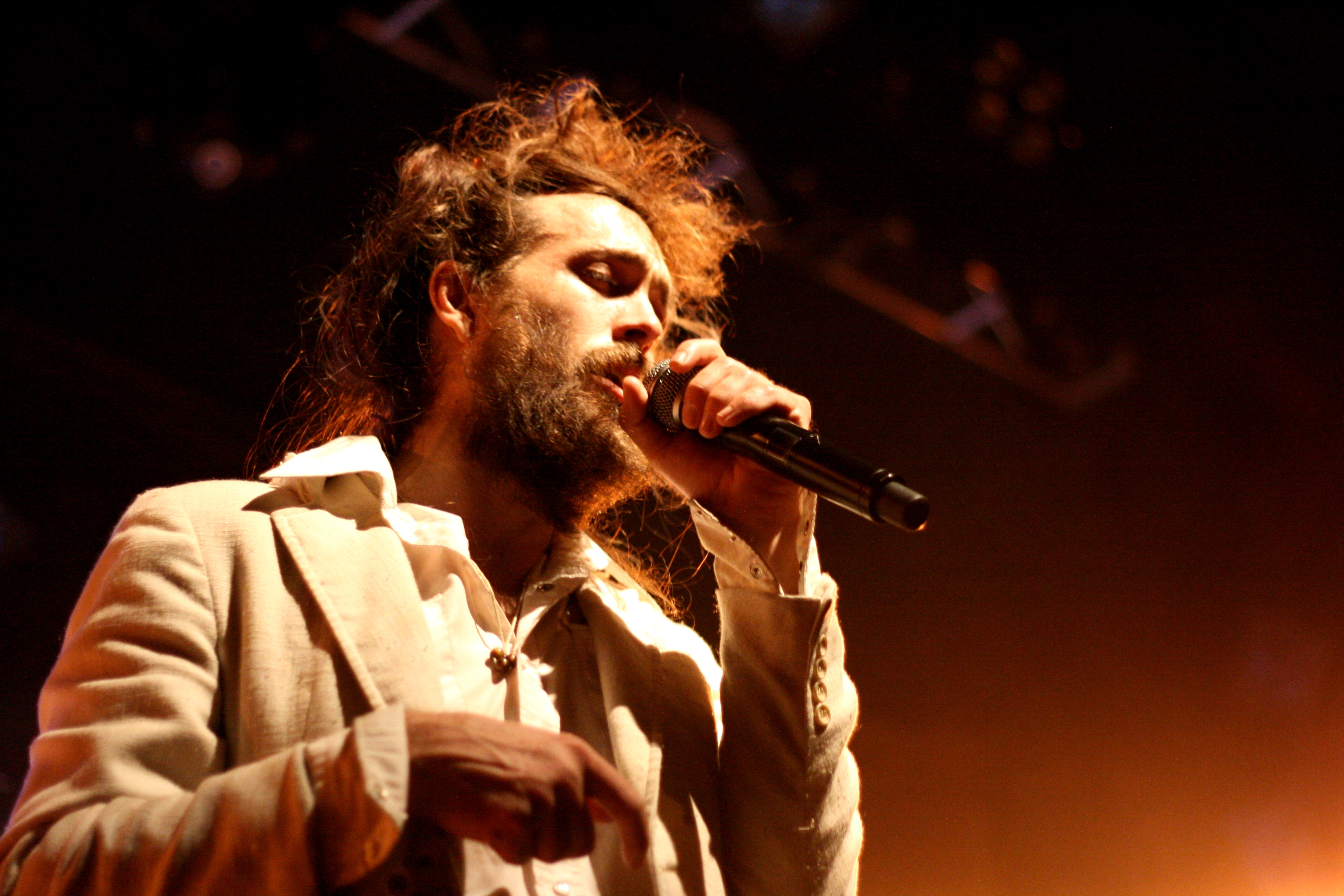 Edward Sharpe and the Magnetic Zeros just dropped their new album but we here at B-Sides got to see the band in action back in March, fresh off their highly-acclaimed performance and screening of “Big Easy Express” at SXSW. The Magnetic Zeros delivered a spell-binding performance to the sold-out crowd at the Ogden Theater in Denver, CO.

The venue hummed with the sound of conversations that  turned into a chorus of cheers when the band members strode out on stage. Lead vocalist Alex Ebert crouched down in front of the stage mumbling something about how they had just been in the back praying and sending “positive vibes” to all the band members who had “sick aunts”. This rambling monologue gave way to lead songstress Jane Castrinos warbling the opening notes of “Angels”, easing into the audience into the set. After “Angels” the band began an eclectic whirlwind set that included a variety of material in between Ebert’s meandering musings,

including mostly fan favorite songs like “Up From Below”, “40 DayDream”, “Awake My Body” and “Carries On” and some new tracks from the then highly-anticipated album “Here”, available now in stores and online

Featuring a larger range of instruments than most music stores can boast, the Magnetic Zeros flowed from song to song effortlessly, creating a landscape of eclectic sounds that held the crowd under a euphoric spell. “This is a song that didn’t make it on our album because the recording is too good.” Ebert stated matter-of-factly as he prepared the crowd for the new tune “If You Wanna”, a New Orleans jazz style song that became a musical game of Simon Says with the crowd dancing, singing, laughing and hugging when Ebert sang the corresponding line in the song.

Three quarters of the way into the set, Ebert disappeared off stage for a moment only to return and saying that “I just wanted to check the time. I just want you to know we’ve been playing for ninety minutes now. At our last show, we played for two straight hours — and the next morning the review said ‘it was a short set.’ So I want all you writers out there to know that we’ve been playing for ninety minutes.” Duly noted. A two hour set is no small feat at any show but it especially impressive because of the Colorado altitude, which has gotten the better of lesser bands.

The band closed the show with “Home”, their most well-known track and the sing-a-long performance of the night. Fans flooded on stage to dance with the band, becoming a jumbled swirl of arms and legs under the oscillating lights. The song reached a crescendo and faded to a close amid boisterous cheers from the crowd. The show was over and so was the magical spell we had all been collectively under for the past two hours.

This is one band you won’t want to miss next time they come to your town – Edward Sharpe and The Magnetic Zeros recordings don’t compare with the live performances and energy created from the interplay between the crowd and band. You can find the band on their European tour over the summer and pick up a copy of the new album “Here” online and in stores.