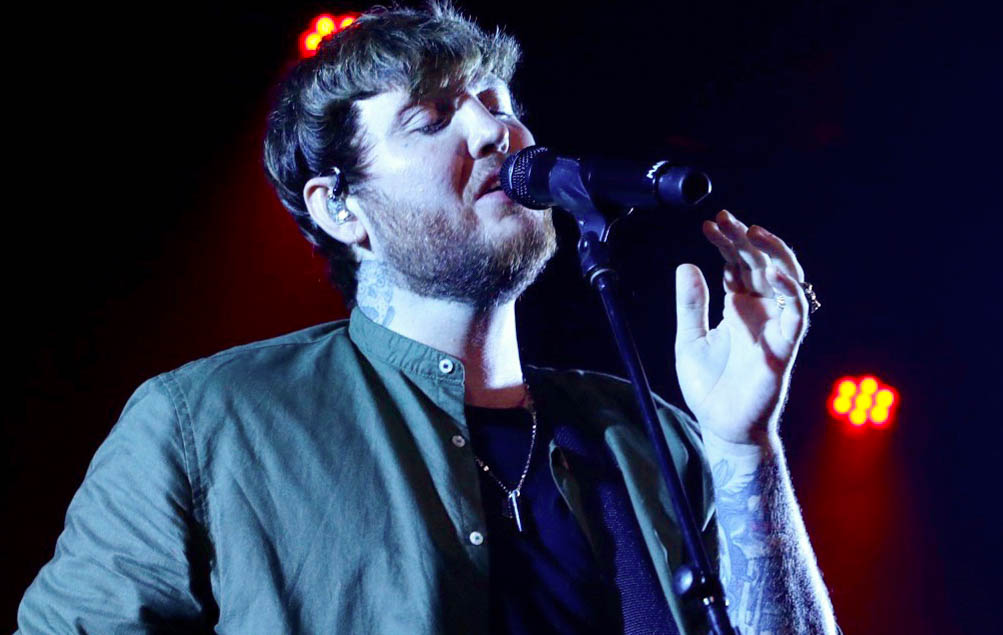 The last few years have been remarkable for James Arthur, as he has racked up over a billion streams online thanks to his No.1 global hit “Say You Won’t Let Go”. The British artist is on tour for only a handful of select dates at intimate venues ahead of the release his third album, You on October 18th. The tour marks James’ first headlining run of the U.S., following his last tour as the supporting act for One Republic and Fitz & The Tantrums in 2017. An eager sold-out crowd welcomed the musician at the Independent in San Francisco, September 17th.

The venue was already packed right from the start, as the crowd was a mix of younger and older couples but age didn’t matter at this show, as the sing-alongs were strong, loud and enthusiastic. Once James took the stage and started with the title track of his forthcoming album, “You”, the audience cheered loudly and we’re already singing with him. Third song in and James impressed many and cheered wildly as he took on double duties on the new song, “Treehouse”, singing his parts and rapping the parts of Ty Dolla Sign and Shotty Horroh, who provide guest vocals on the recorded version. Clearly, fans were loudly singing to James’ signature songs, “Rewrite The Stars”, “You’re Nobody ’til Somebody Loves You” and “Impossible”.

The new material fit in nicely with the set-list as James mentioned that some tracks were going to be performed live for the first time, as was the case in “Sad Eyes”. Fans responded well to “Naked” and “Falling Like The Stars”, with many recording clips of the performance on their phones. Wrapping up the show with “Say You Won’t Let Go”, James allowed the audience to alternate singing duties with him as they were just as loud and enthusiastic as they were at the start of the show. High-fiving and shaking hands with the fans as he left the stage, James Arthur gave a special performance in a smaller venue that was worthy of a much larger venue, satisfying his long-time fans and thoroughly impressing first-timers based on the smiles and positive comments as they left for the night.