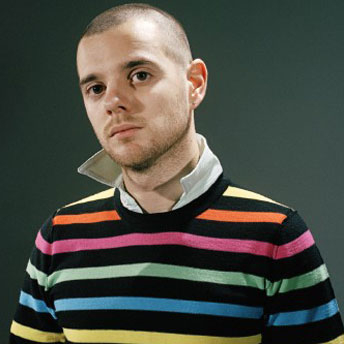 Throwback: What Are The Streets Up To?

Originally from Birmingham, England, the English hip hop/UK Garage project The Streets came together in 1994. The group consisted of frontman Mike Skinner as well as Johnny Drum Machine and Kevin Mark Trail. Together the three have produced a total of 5 studio albums including: Original Pirate Material (2002), A Grand Don’t Come For Free (2004), The Hardest Way To Make An Easy Living (2006), Everything Is Borrowed (2008), Computers and Blues/Cyberspace and Reds (2011). But some may wonder what happened to The Streets after 2011? Let’s go back to the beginning when the group first came onto the music scene! It began in 2001 when the group came out with their first hit single “Has It Come To This?” on the record label Locked On. The song brought huge attention to the group as it reached number 18 on the UK Charts in October 2001. When they released Original Pirate Material, Skinner chose to have the album reflect the lifestyle of British clubbers, this is heard on the album’s track “Let’s Push Things Forward.” The album received nomination for the Mercury Prize in the United Kingdom and The Streets were also nominated for best urban act, best album, best breakthrough artist, and Best British male artist at the 2002 BRIT Awards. This soon led to the album’s release in the United States, which did not reach commercial success when released there. In 2004 Skinner released the single “Fit But You Know It” on the group’s second album A Grand Don’t Come Free, the track was a big commercial hit reaching number 4 in the United Kingdom, and the album itself reached number 2 but eventually moving to number 1 on the UK Album Charts. Later in 2006 The Hardest Way To Make An Easy Living was released and reached number 1 on the UK Album Charts. The theme of the album was about Skinner’s triumphs and failures during the fame he encountered after the release of The Streets’ first two albums. The group’s popularity diminshed soon after the release of their final two albums Everything Is Borrowed and Computers  and Blues/Cyberspace and Reds. The band parted ways in 2011 after performing at the 2011 Freeze Festival and The Big Reunion. Today Mike Skinner is currently in a similar music group called The D.O.T. with Rob Harvey of The Music. The D.O.T. recently released their newest album Diary this past May.