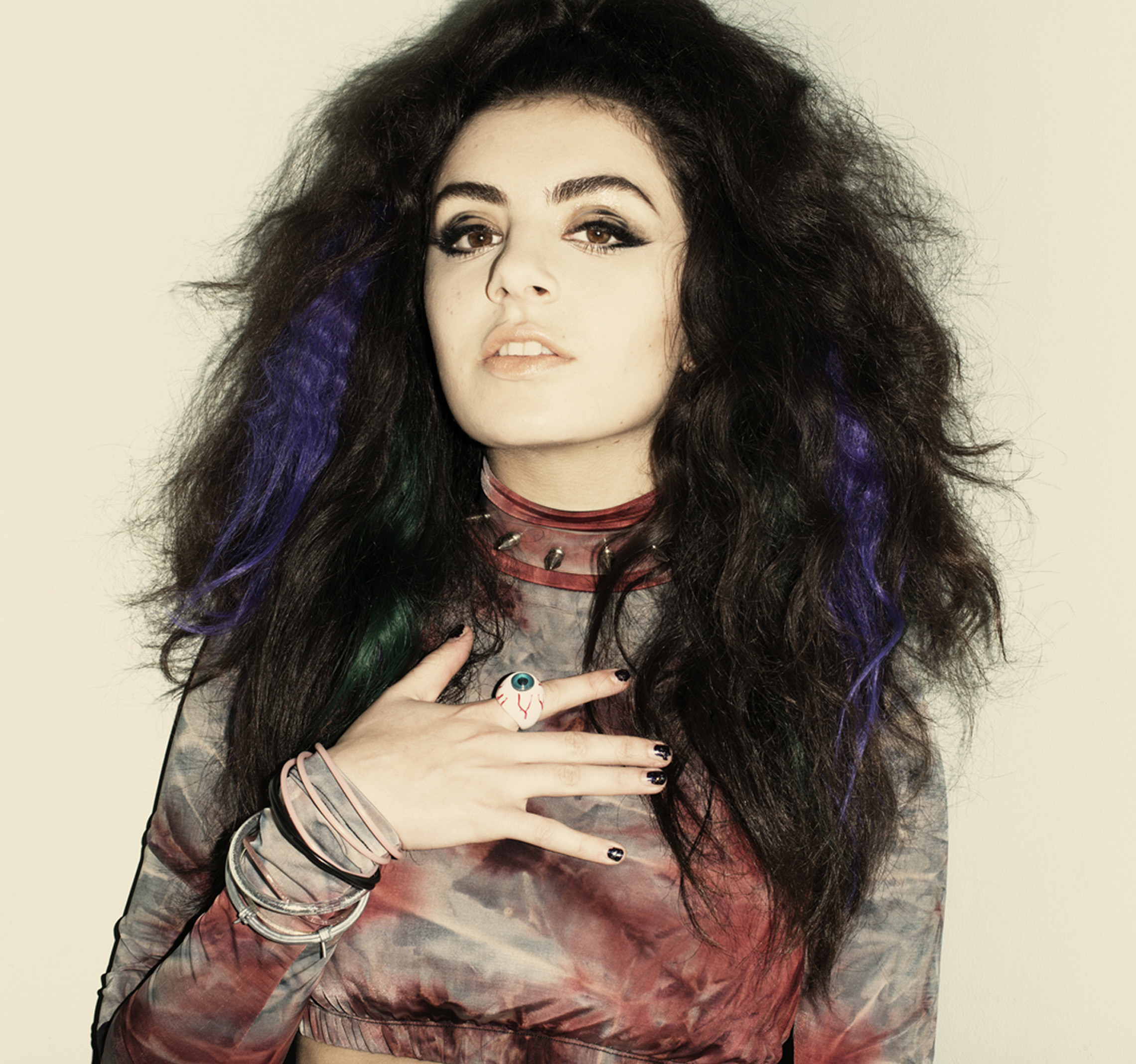 If you still haven’t read or heard her name somewhere, you’re sure familiar with one of her songs. From chart-topping collaborations with Iggy Azalea (Fancy) and Icona Pop (I Love It) to landing a hit on her own with Boom Clap (featured on the soundtrack of summer blockbuster The Fault in Our Stars), this 22 year old British pop star has quickly risen into the mainstream.

Her musical journey began in 2008, at the young age of 14, writing songs and posting them on her MySpace. She soon released her debut record 14, which she now calls “terrible MySpace music”. After a hiatus, she released the You’re the One EP in 2012. The following year she put out her 2nd record and commercial debut, True Romance. The star’s upcoming third record Sucker, features her latest hit London Queen, and will include credits from several musicians, including Stargate and Rostam Batmanglij.

Charli’s forte is creating astute pop songs influenced by synthpop, new wave, and electronica. These are backed by her bold, almost arrogant persona that makes her stand out from her peers. Her sensibility for both the underground and the commercial side of music is admirable, and these add a special element to both her sound and her image. The singer has opened for The Ting Tings, Marina and the Diamonds (whom she also collaborated with), and is currently Katy Perry’s opening act on her Prismatic tour. Her songwriting talents have also led her to write for major pop stars such as Rihanna and Gwen Stefani.

Charli XCX has quickly become a broadly popular, yet unconventional young star over the past couple of years. One can only expect her to get bigger, for she knows how to make stylish pop music with a snarky and empowering attitude, this and the inclusion of her youthful aesthetic keep it interesting enough to appeal to both the pop and indie markets.

Sucker will be released December 16th in the U.S. Feel free to check out her website, which includes tour dates and announcements.