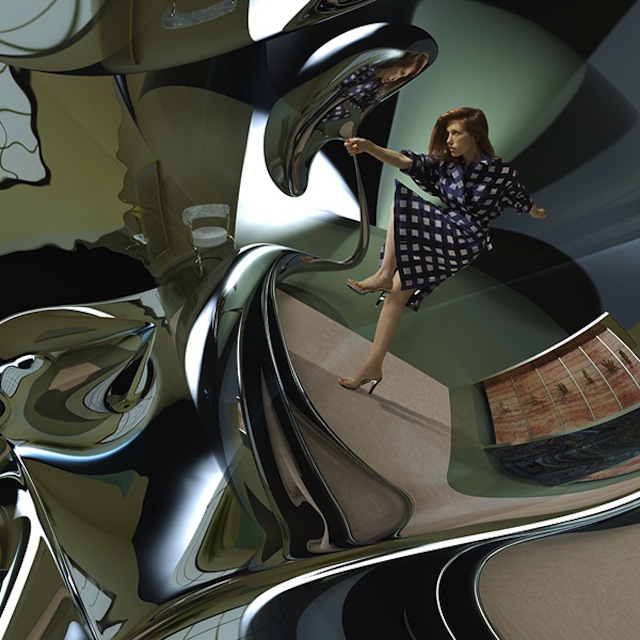 Cameron Mesirow better known by her stage name Glasser, grew up in the world of music by the influence of her parents. Her father is a member of the Blue Man Group and her mother was a band member of Human Sexual Response back in the 1970s and 1980s. She began her own singer/songwriter career back in 2009 when she released her debut EP Apply. Mesirow grew up in the Bay Area and while in college she met Matt Popieluch, who helped guide her song writing skills. She released her debut album Ring in early 2010, and her sound has been compared to that of Joni Mitchell and Cocteau Twins. Since then she has toured with acts like Sigur Ros and the XX and has worked with producers Van Rivers and Subliminal Kid. Mesirow is set to release her latest album Interiors on October 8th, 2013, which features her current single “Design.” “Design” provides listeners with a very experimental and electronic experience. Listening to the song makes one feel like they are in some kind of strange dream. Interiors will be available for purchase online and in stores on October 8th, 2013.Check out the music video for “Design” here!