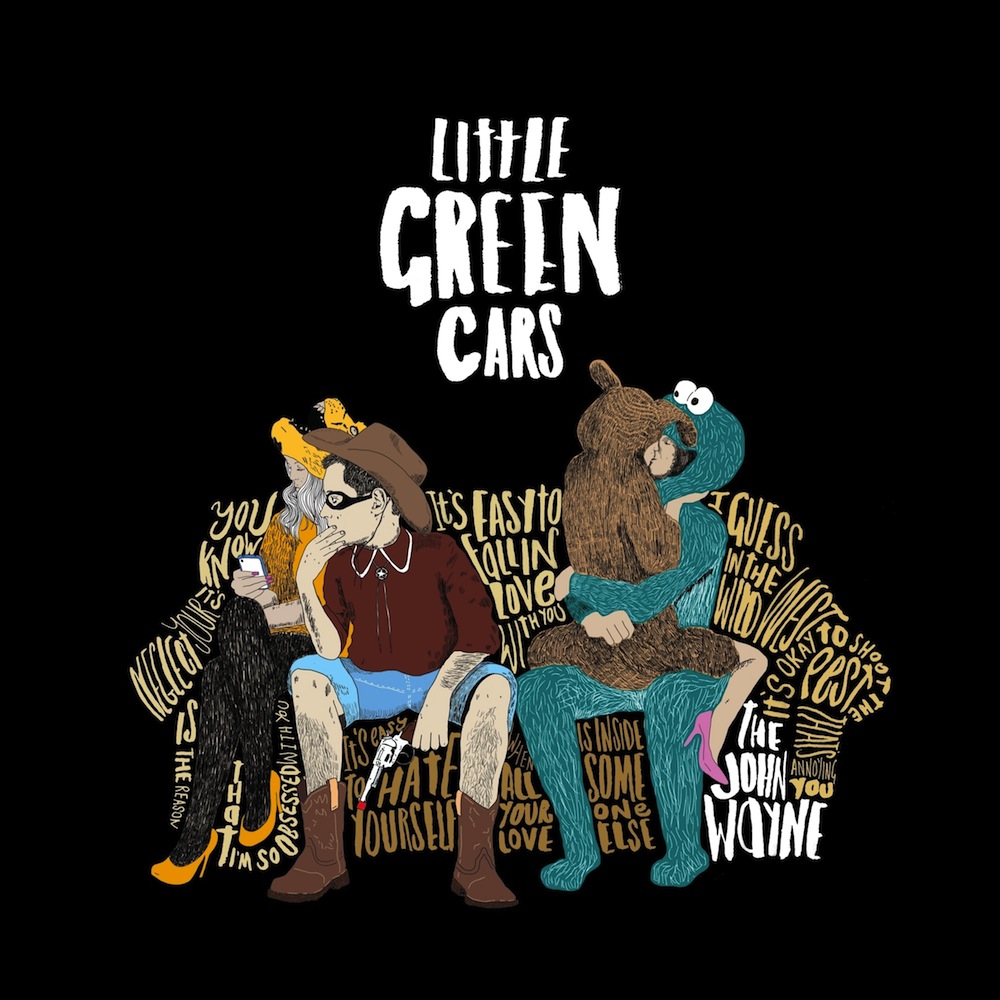 Coming out of Dublin, Ireland Little Green Cars is a five piece band who infuses their sound with a great amount of heavy guitar riffs, bass, percussion, and a harmonic mixture of vocals from Stevie Appleby and Faye O’Rourke. The band actually formed back in 2000 but under the name of The Revolts. Later on the band became Little Green Cars and released their debut EP Volume I and their second EP known as Volume II  both in 2008. Little Green Cars has recently released their first full length album known as Absolute Zero this past May.

Their popular single off the album called “The John Wayne” made it on BBC’s Sound of 2013 Songlist. The song is about someone admiring another person, but ends up being rejected from the one they admire when finally approaching them, with lyrics “…and when I asked you your name you said it was John Wayne and I guess it’s true. Cause then you shot me down, doubled over and I hit the ground right in front of you.” Fans of Mumford and Sons, The Lumineers, and indie folk rock in general will appreciate the sound that Little Green Cars has to offer. Their album Absolute Zero is available for streaming on iTunes and Spotify.

Check out the music video for “The John Wayne” here !