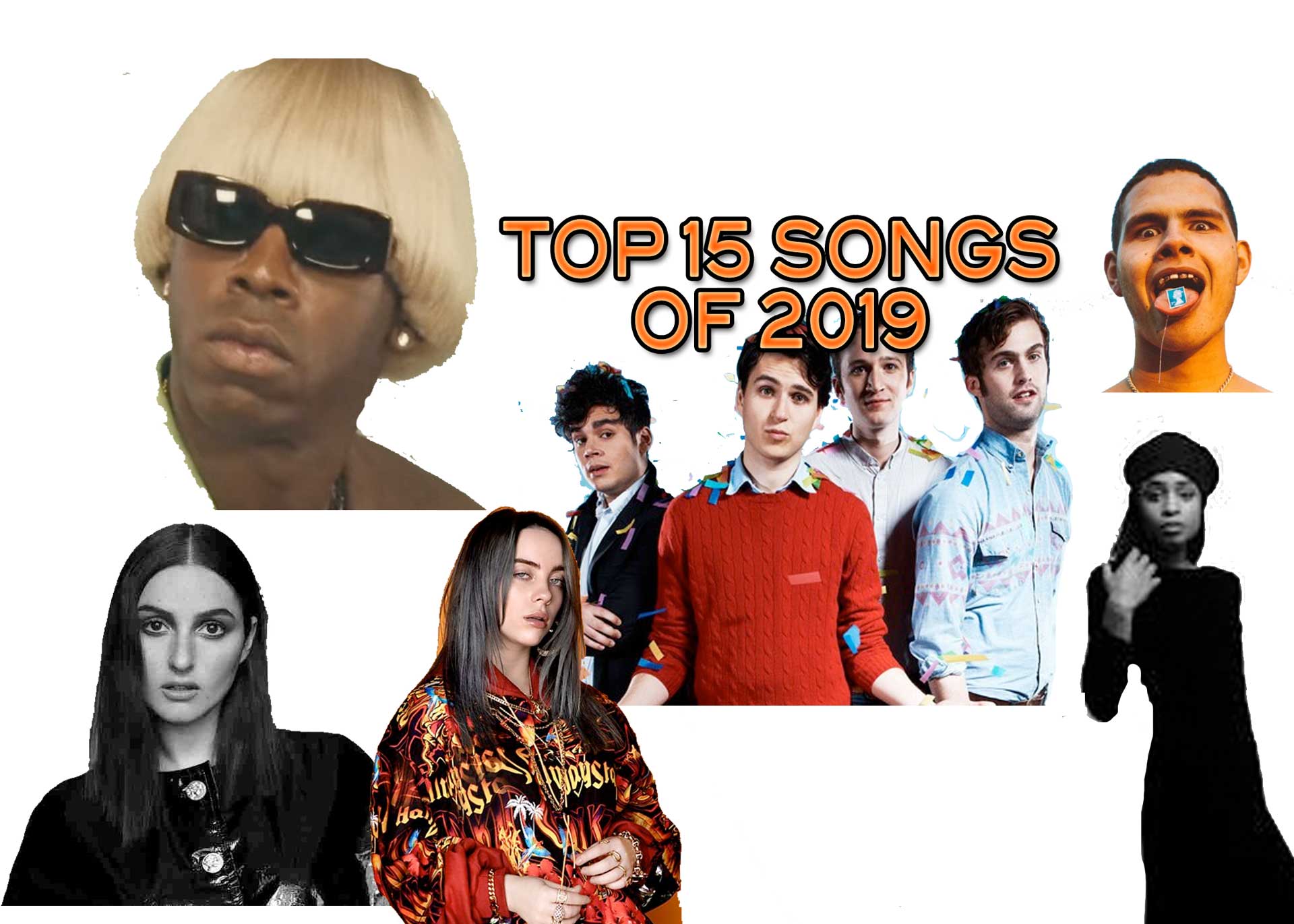 2019 gave us some amazing music over the course of the year, as the genre lines continued to blur. The type of music from an artist like Billie Eilish and Dominic Fike ranged from alternative to pop to hip-hop and resonated with huge audiences. Hip-hop continued to remain strong and lots of amazing songs bubbled to the surface from support of listeners discovering and sharing new music via streaming sites. Rather than the most popular songs, we here at B-Sides put together what we consider our top 15 favorites that really stood out in the last year of the decade.

Nashville-based singer/songwriter Adia Victoria released her sophomore album Silences earlier this year and was an instant must-listen. Categorized as “goth-blues”, Victoria’s cool vocals are a standout in the album’s lead single “Different Kind of Love”. Tackling the everyday human emotions of dealing with self-love, love from the world/ personal relationships, and acceptance, “Different Kind of Love” deserves more attention.

Rock music isn’t dead. Not if Miss June has anything to say about it. The New Zealand based band released their debut album ‘Bad Luck Party’ in September and it’s filled with elements of post-punk, no-wave and rock. Standout track, “Enemies” covers feelings of instability in a relationship and is just under three minutes of pure intense bliss.

L.A indie trio The Marias released “Ruthless” from their 2018 release, Superclean Vol.II. The track is a loving ode that harmonizes singer Maria Zardoya’s voice. It’s a breathy, soulful, psychedelic song with a soft rhythmic tonality that fit right in with our summer playlist when it dropped.

Karen O of Yeah Yeah Yeahs with musician/producer Danger Mouse released “Turn The Light” off Lux Prima. The dreamy/funky nu-disco sounds of the song create a cinematic vibe that can’t be shaken.

British rapper Slowthai dropped his debut Nothing Great About Britain this May to rave reviews and a nomination for the UK’s prestigious Mercury Prize. The album has been described as political hop-hop & grime, which each track conveys especially in “Inglorious”. Slowthai is very bold and aggressive while spitting out lyrics against the political structure of ironic Great Britain.

“Holding The Gun” off Sabrina Claudio’s sophomore album Truth Is was definitely praised for her seductive R&B tone. With an underlying theme of “the lengths one would go when they’re deeply in love”, it emits the same emotional undertones of “There is a Light” by The Smiths.

L.A trio Muna released their critically acclaimed sophomore album Muna Saves The World late in the year but was filled with bops. Their first single “Number One Fan” is a positive message about loving yourself and the only true number one fan is yourself, becoming a personal anthem for many a fan. Surrounded by catchy beats, it’s one of those “underrated” songs that you’ll probably hear about years from now.

Electro-R&B pop song “Gimme” from Banks’ third album (III) and produced by BJ Burton is about “getting what you want, what you deserve, and demanding it without any apologies”. With the aggressive message, ethereal vocals, and funky beats, “Gimme” was on-repeat ever since its release.

Rapper Freddie Gibbs and DJ Madlib known together as MadGibbs dropped “Palmolive” to instant rave reviews. This track features Pusha T and Killa Mike and hits heavy topics regarding the current political administration, relationships, and drugs. The song carries the torch of politically informed music that preceded them from the likes of Public Enemy, Mos Def, Saul Williams and others.

Kentucky natives, White Reaper really wanted their latest record You Deserve Love to sound like a live record and they succeeded in “Might Be Right”. The song is a sonic earworm featuring some cool dual guitar leads remincsient of early 70s classic rock, ala Thin Lizzy.

Rapper Denzel Curry released “Ricky” off his critically acclaimed fourth studio album Zuu in May of this year. The two and a half minute track covers various lessons on how to survive in his hometown of Carol City under a mesmerizing bass line.

The second single off Father of the Bride featuring Steve Lacy is one of Vampire Weekend’s groovier songs with a psych-jazz funk in the mix. No wonder actor/director Jonah Hill and comedian Jerry Seinfield took part in the project.

“Earfquake” is the second song off the fifth studio album IGOR by Tyler, The Creator. The song was originally written for Justin Bieber and Rihanna, during an actual earthquake but they both turned it down. We like Tyler, The Creator on it anyway as the mix of distorted drums and cheery synths elevate the song as Playboy Carti takes rapping duties while Tyler focuses on the singing.

Florida native Dominic Fike likes to experiment with different sounds, as was evident in his his EP Don’t Forget About Me, Demos under Columbia Records. “3 Nights” was released earlier in the year and dominated mainstream alternative radio, becoming one of the prime examples of the shift to the genre-less categorization.

It goes without saying that 2019 was the year of Billie Eilish. Releasing her debut album When We All Fall Asleep, Where Do We Go? in April, “Bad Guy” was an afterthought by Eilish and her collaborative partner/brother, FINNEAS. The song took a life of its own and was a pleasant surprise for Eilish that would eventually become an international chart-topper and signature song.