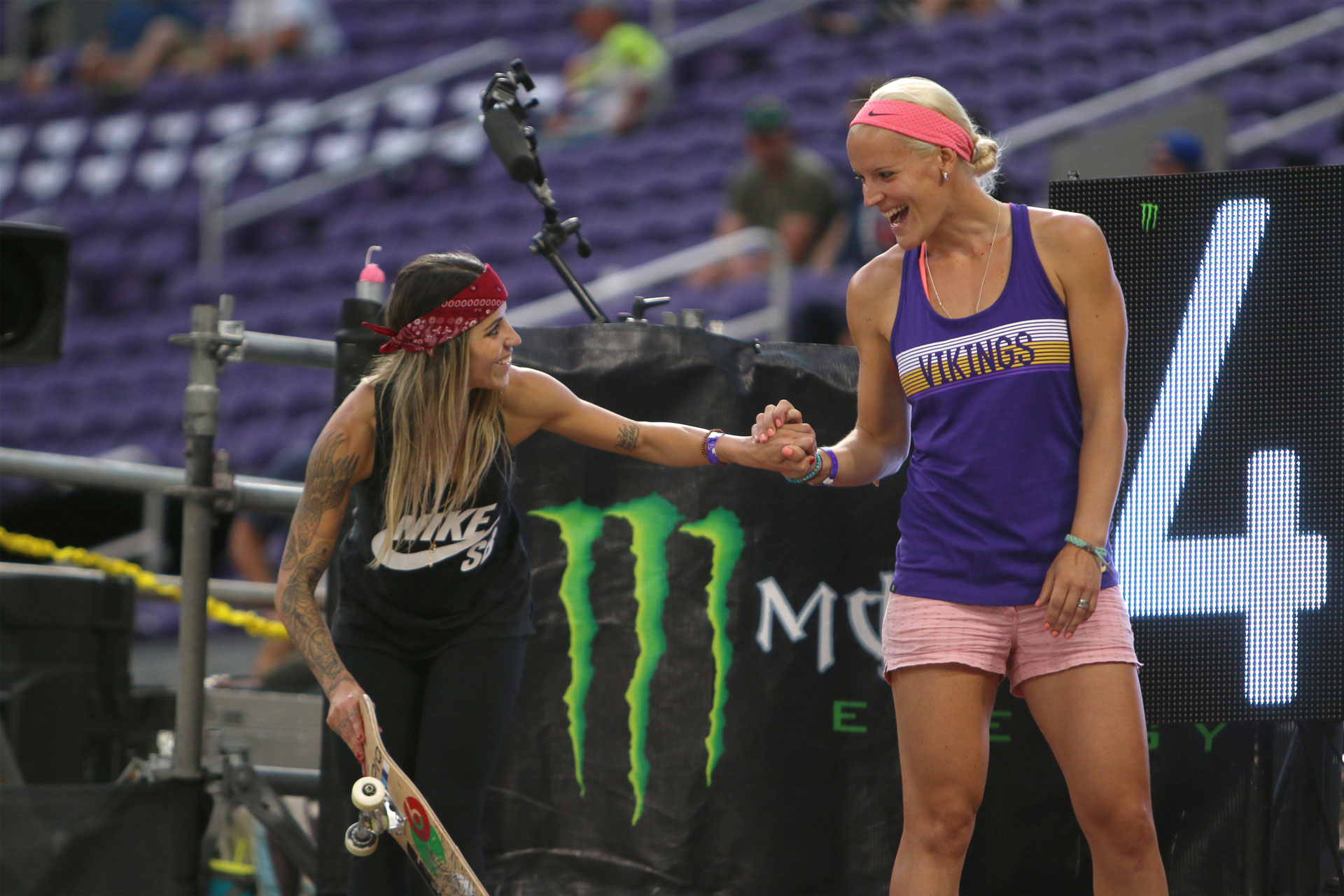 Kyle Baldock crushed the competition in the BMX Dirt qualifiers during the early part of the day, while the BMX Street Finals showcased a close battle with veteran Garret Reynolds sealing another gold medal.  Winning his 9th gold medal, Reynolds displayed a fast and powerful flow throughout the course. The returning champion got off to a great start, crushing an opposite tail-whip continuing into another massive tail-whip over the Viking ship structure and finally finishing strong with a double truck driver.  Devon Smillie gave Reynolds a run for his money scoring just 2 points shy.  Taking home the bronze was Simone Baracco from Italy.

It was quite noticeable that the women’s skate scene is growing during the Women’s Skate Street Finals, which also showcased a wide range of diversity, as the athletes were represented from all parts of the world. From Japan, 15-year-old Aori Nishimura had an unbeatable first run. Samarria Brevard made an exciting comeback, moving up from 11th to 2nd place in her final run.  Leticia Bufoni, a fan favorite for the event, had a disappointing first start as she couldn’t quite nail a couple of tricks but was able to refocus and capture bronze in her final run.  Aori Nishimura made history as she became Japan’s first female skateboarder to win gold at X Games.

Into the evening, Big Air took place with an exciting battle between James Foster and Vince Byron. The two created a frenzy amongst the crowds as they pulled out all the stops during their last two runs, garnering nearly a perfect score.  Kurtis Downs also had an impressive performance trailing only by 4 points behind.  After taking silver the past two years, Foster was finally able to take gold.

As the night came to an end, the Moto X Freestyle Finals proved to be the highlight of the night. Levi Sherwood took home his very first gold medal placing far ahead from any of the other contestants. 2016’s gold medalist Josh Sheehan gave Sherwood a run for his money, claiming silver and Clinton Moore taking bronze.

Though the day was long, the masses ventured out to witness a killer performance by A Day to Remember, which was the perfect way to cap off day two of X Games Minneapolis. Check out the photos below!