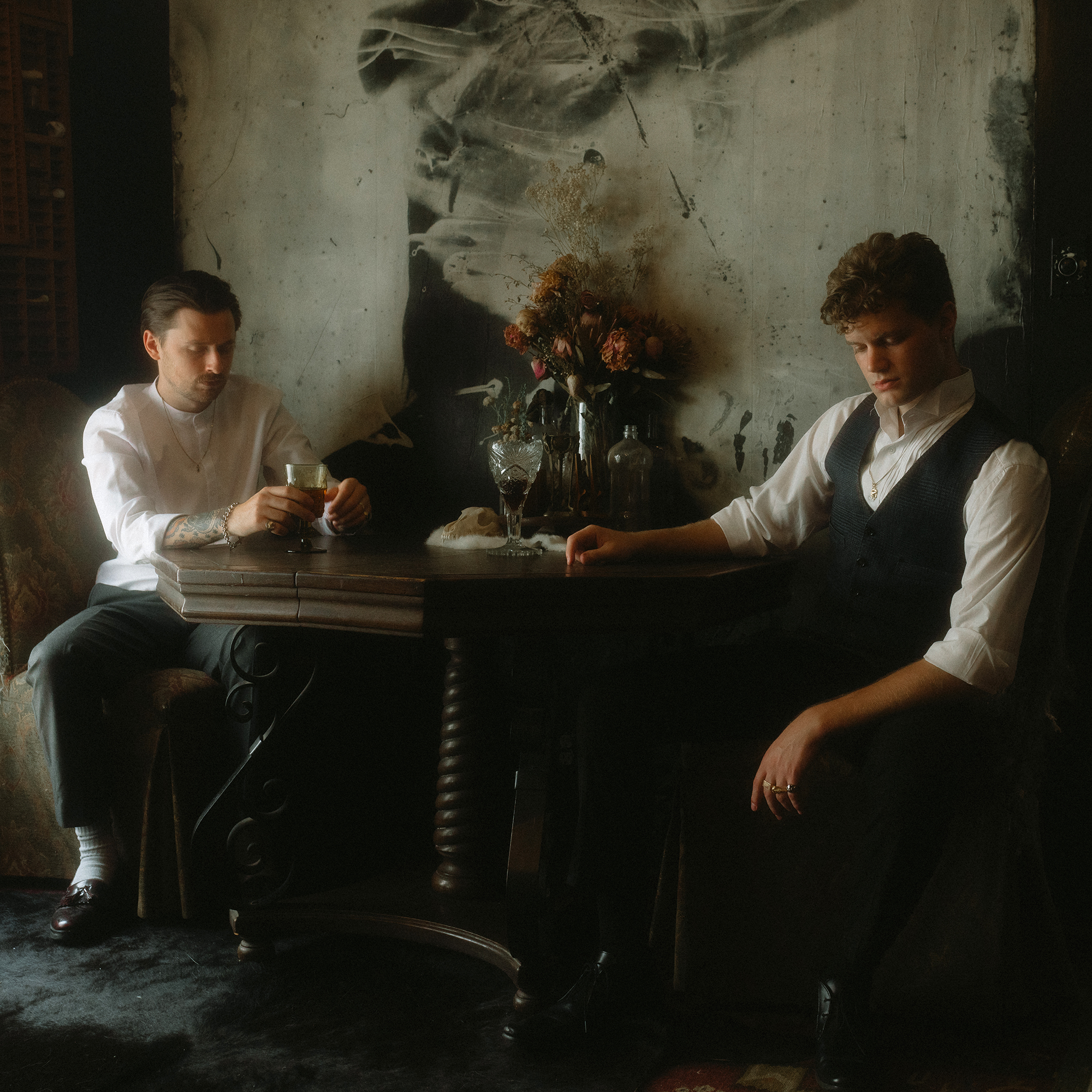 In 2019, founding member of the Welsh pop-punk group Neck Deep, Fil Thorpe, decided to leave the band to pursue a career in production. Upon relocating to Los Angeles and a brief stint in a project called Prblm Chld, he’s teamed up with former Macklemore collaborator John Sinclair to create World’s First Cinema.
World’s First Cinema create pop songs that have a distinct narrative, often incorporating motifs from classic horror films and fairytales. The cinematic aspect of their music is remarkably fun to listen to, but the duo hopes to build their own universe around that sonic foundation using inspired visuals and theatrical elements. They’ve already begun thinking about how to make their live shows even more grand when they are able to tour again, saying, “The project began out of the blue, almost by accident, we very quickly recognised it was something very special. Once we had written a handful of songs, we began dreaming up the narrative and concept of the project. From there it all got deeper and deeper until we had built this whole universe behind the music. Now everything we do, from artwork to lyrics, is concisely and purposefully planned – usually foreshadowing something else that will be coming in the future.” We can’t wait to see the new heights their creative vision will take this project to!

World’s First Cinema sat down with B-Sides host Pete Mar to talk about what brought them together, the instantaneous connection they had that led to the organic creation of the music and more.