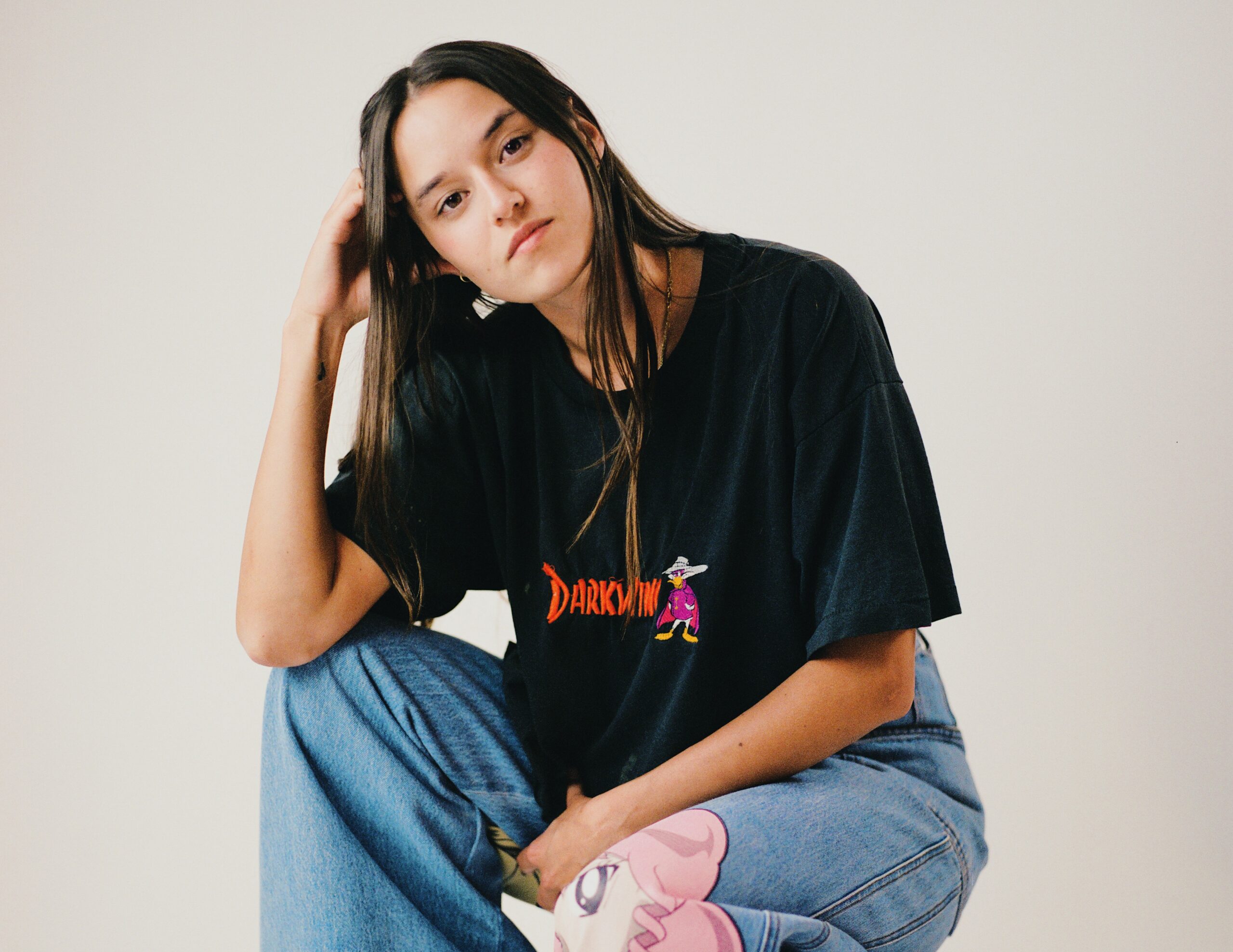 INTERVIEW: Emerging Artist Penelope – “We as Creatives Have a Huge Contribution to Make to Be a Voice For The People”

Rising artist Penelope Edmonds from New York has been crafting her artistry for the past couple of years. In her younger years, she was trained in piano which would benefit her in the future. While studying at Stanford University and playing soccer, Penelope injured her wrist that prevented her to continue the sport as a profession. While this depressed her, she channeled her sadness into writing songs that her friends encouraged her to release. The next thing– she’s doing a studio session with Good Charlotte’s Joel Madden of MDDN Studio, was featured on Spotify’s “New Music Friday” playlist, and she just released her new single, “coming home.” B-Sides spoke with Penelope on her music, influences, hobbies, and more!

Hi, thanks for taking this call! Where are you right now?

I’m in New York City. I’m in the room where I grew up. I just moved back from L.A and now living with my parents. I came back home to quarantine because I thought this pandemic was going to be a few months and I’ve been here ever since.

How is the pandemic situation in NY?

It’s getting better. We’re seeing more people out and it’s not empty anymore. A lot of people left too. The infection rate is low, people are wearing their masks, and being responsible. I feel a lot safer.

Have you developed new skills/hobbies to ease your mind off the pandemic?

I’m learning music production. I’m getting familiar with the software for my demos. I want to execute and communicate my ideas to producers. I’m trying to capitalize myself, my strength, and my abilities, but also staying positive. I’m happy that artists are releasing music, because it’s helpful to find inspiration. Also, I’m learning the drums too! It’s been a huge goal of mine. Learning how to drum has totally influenced my writing and how I approach it. It’s ultimately making me a better artist.

Speaking of songwriting, has this pandemic affected your ability to write or has it made you more creative?

It’s made me write a lot of sad songs. It’s also enabled me to be more reflective in myself when I’m alone. With a limit of our social experiences, it’s like forcing yourself to look inside so that’s influenced my writing. When you know yourself better, you’re able to articulate yourself a lot better. It’s helped to be more raw and honest.

Your new single “coming home” and your debut EP is going to be released soon!  What is the origin of the song?

The idea came from a feeling that you’re on a plane that isn’t landing. You get that excitement—I’m not there yet, but you see the NY skyline out of my window. The times that I’ve flown from college, driving to see friends in San Francisco, all those are familiar to me. The lyric goes “The world is spinning around and I can’t catch my breath.” That’s trying to capture this idea that I have so much going on, I’m a little lost and confused, but I’m coming home to be centered again.

When were the other songs written?

Some of the songs were written two years ago. Some are from last month. For me putting together a project, I want to put a full idea. I write so many songs. I could pick the last five songs I’ve written and make it an EP, but I want to be thoughtful about it. It’s a collection of work.

With 2020 being so chaotic with the virus, calls of social justice, and an election year, will these topics be a potential source of future material?

I mean yeah. You listen to Bob Dylan and the era he was releasing music in. It was a time when people were really turning to music. Musicians and songwriters were a voice of a generation. I studied American History in college and we look at the art of that era. The art tells a story of the feelings and experiences people were having then. You can read news and hear politicians, but the end of the day, we as creatives have a huge contribution to make to be a voice for the people.

Are there any organizations that you follow or believe in?

So the Equal Justice Initiative was started by Bryan Stevenson. He wrote this book Just Mercy, which is an autobiography and they made a movie about it with Michael B. Jordan. It’s a law institute that he started to fight racial inequality. EJI does a lot of incredible legal work that’s important. At one point, I wanted to be a lawyer in the criminal justice system.

You just mentioned Michael B.Jordan and he was in Black Panther with Chadwick Boseman, which everyone is so sad about his loss.

I gasped when I saw that headline. I’m not a huge Marvel nerd, but Black Panther was by far my favorite. The roles he played over the course of his life were so important and impactful. He had a whole thing about leading a life of purpose.

What’s your mark on purpose that you would leave behind?

I don’t know. I used to play soccer a lot. My biggest thing was going to the Olympics to influence younger female athletes, but it translates well to being a musician. I sing about my thoughts and feelings that I put out there. My purpose that I want to leave behind is be yourself, authentic, personal, and truthful. I hope my lyrics have a lasting effect on people.

Being influenced by The Cure, Alanis Morissette, Charlie Puth, and Fleetwood Mac. Who are some new artists you’ve been listening to?

I really got into Holly Humberstone. I love me some M.I.A, Phoebe Bridgers, and Maggie Rogers.

Your first concert was Stevie Wonder, which song of his would you cover?

UPDATE 9/22 – Check out this exclusive performance of “coming home” penelope did for B-Sides: