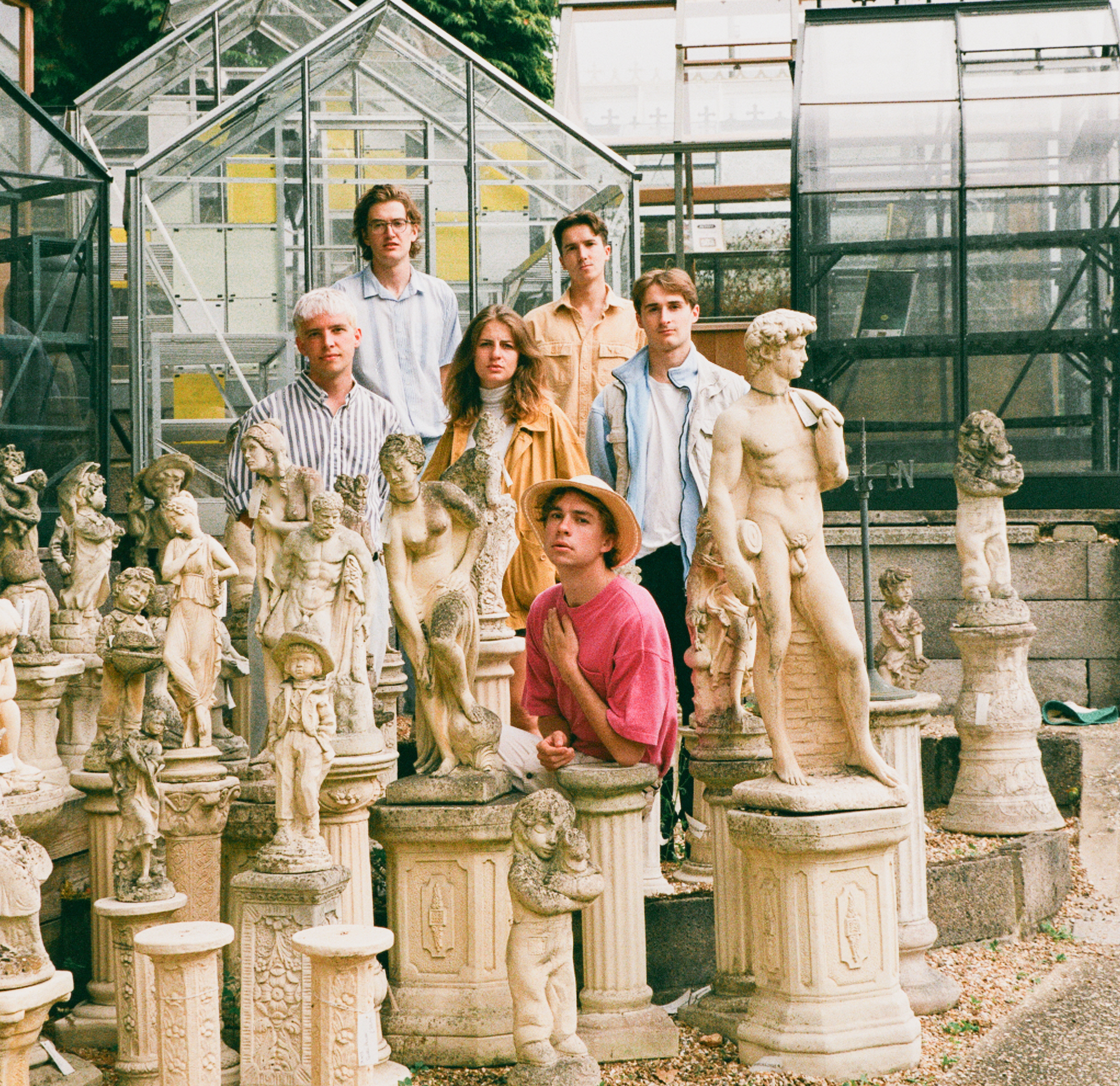 UK six-piece band Sports Team recently released their debut album ‘Deep Down Happy’, which achieved the highest first week sales for a debut album by a British band in four years. The timing of the release was notable, as the release occurred on June 8th, right in the middle of the heated Black Lives Matter protests that were taking place around the world. Along with participating in the protests, the band felt the release would serve as a respite from the serious issues of the world but more importantly, give them an opportunity to talk about the racial strife. Drummer Al Greenwood stated, “what it’s done in a positive way is that it’s really engendered self-reflection and criticality and that’s applicable across the board.” Sports Team formed while the members were attending Cambridge University and found common tastes in music, including the work of Pavement. They built a large, fiercely loyal and fervent fanbase over the years and their live shows are raucous and electrifying. While the current pandemic has grounded the band, they’ll be in the studio working on a follow-up album and hope to hit the road again in 2021.

Sports Team spoke with B-Sides host Pete Mar about their formation, their participation in the protests that took place in the UK, plans for new music and more. Check out the interview: