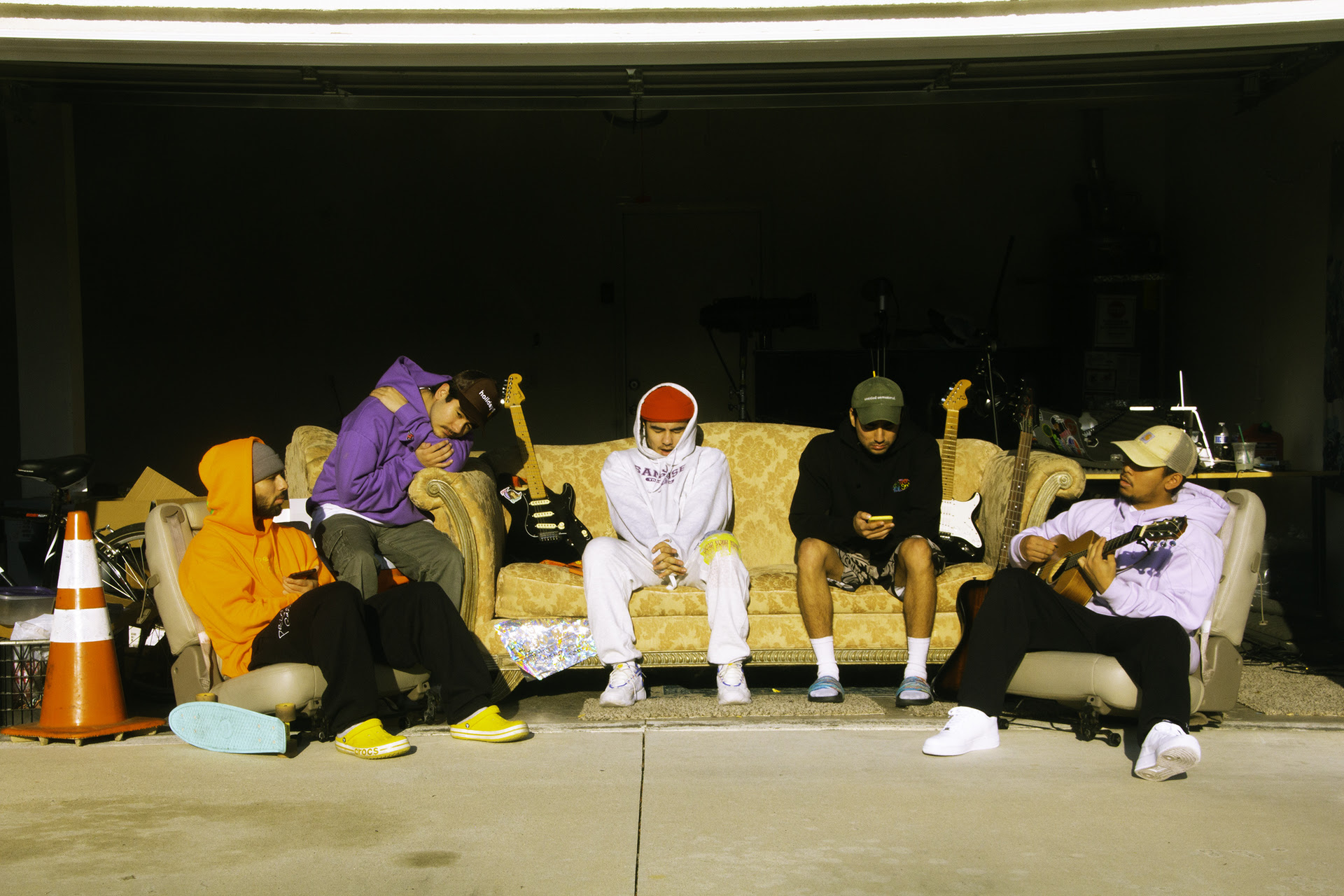 Peach Tree Rascals have been gaining momentum with the single, “Things Won’t Go My Way”(10K/Homemade Projects) that’s growing in streams and garnering commercial radio airplay. Comprised of producer/mixer Dominic “Dom” Pizano, rappers-singers Isaac Pech, Tarrek Abdel-Khaliq, Joseph Barros, and creative director Jorge Olazaba, the five-piece collective first met while in high school in San Jose, CA. The band was focused on making music as a career and spent their time honing their sound that merges many of their influences of alternative-R&B, pop, rock, and hip-hop. They’ve been steadily releasing new songs since 2018 and now have nearly 20 singles and a handful of videos that they developed and shot themselves, a DIY etho is part of their branding. Their video for their latest song “‘not ok’ was shot during the coronavirus lockdown was filmed in empty streets and parking lots of Los Angeles at night, and is described as a visual interpretation into the minds and individual experiences of each member of the group. Although their first official tour has been postponed due to the pandemic, the band is working on new material with a full album planned.

Peach Tree Rascals spoke with B-Sides host Pete Mar about how their friendship led to a serious approach to the music, the melding of their various influences that range from heavy metal and punk to rap and soft rock. Check out the interview: