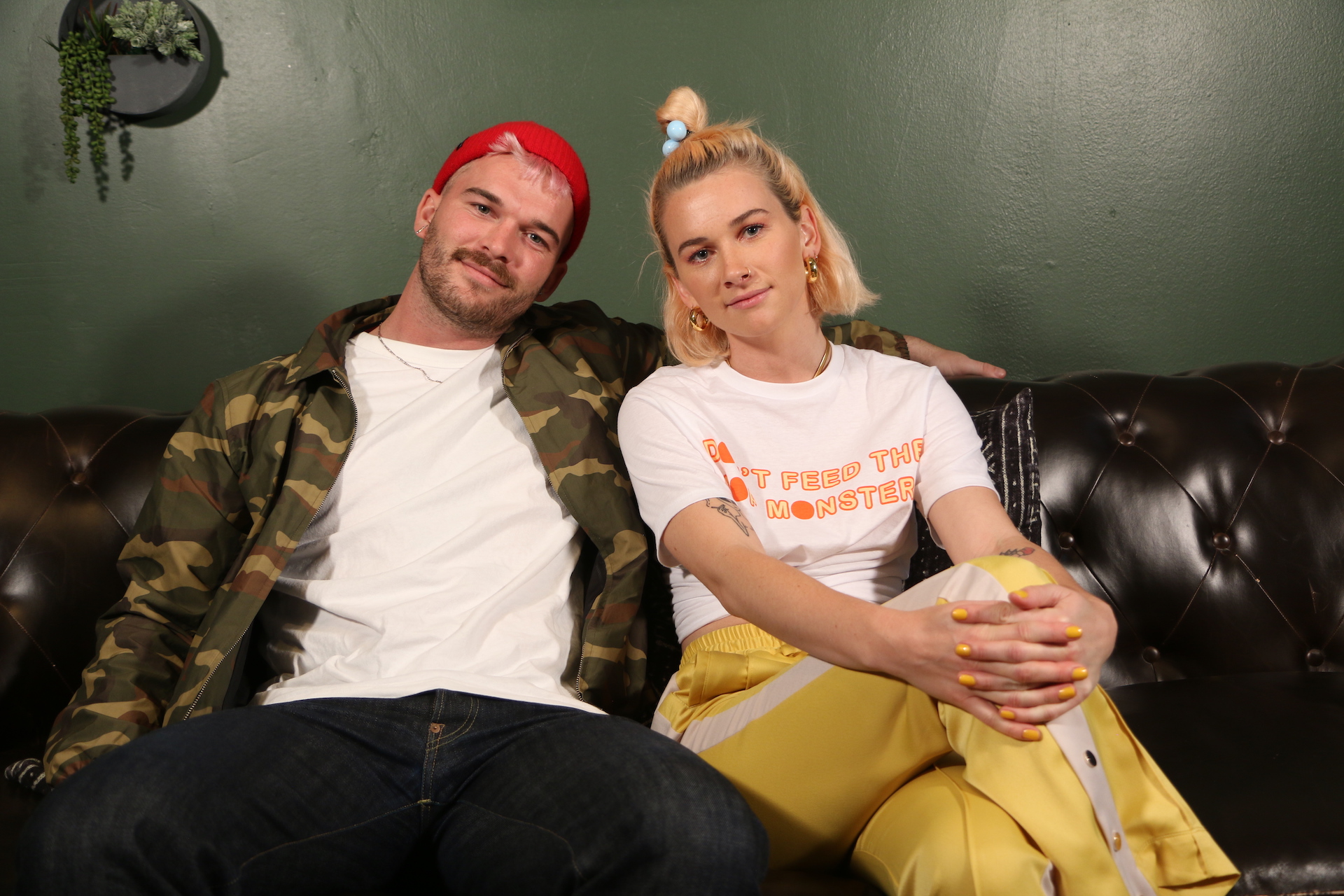 The third studio album by Broods, Don’t Feed The Pop Monster, was released on February 1, 2019, to much anticipation after three years since their last release. The LP produced previously released tracks “Falling Apart,” “Hospitalized,” “Everything Goes (Wow),” and lead single “Peach.” The brother and sister duo consisting of Caleb & Georgia Nott, took a different tact when approaching the songwriting process for the album, having traveled numerous countries and cities including, Nicaragua, Sweden, New Zealand, Nashville and San Francisco. They worked with Joel Little who produced for fellow New Zealand artist, Lorde, along with Swedish production duo Jack & Coke (Charli XCX, Tove Lo), Big Taste
(Dua Lipa, Justin Bieber), Tommy English (Kacey Musgraves) and Dan The Automator. The process allowed them to focus on sharing their raw feelings going through the ups and downs of the music industry, having had to recently find a new record label to work with in between albums. “Our goal was to make songs that are true to us, without hiding behind any kind of façade. We worked really hard and went through a thousand different emotions in the process,” says Georgia, “The fact that we can feel so many different emotions and still make something that’s so true to us—to me that’s the most important part of this whole experience and we’re so excited to finally share this album with the world.” Don’t Feed The Pop Monster is the band’s follow up to their sophomore record, Conscious, which they released in June 2016.

B-Sides met up with Broods during their recent tour stop in San Francisco to talk about the writing process of Don’t Feed The Pop Monster, working with Dan The Automator while in town and more. Check out the interview: