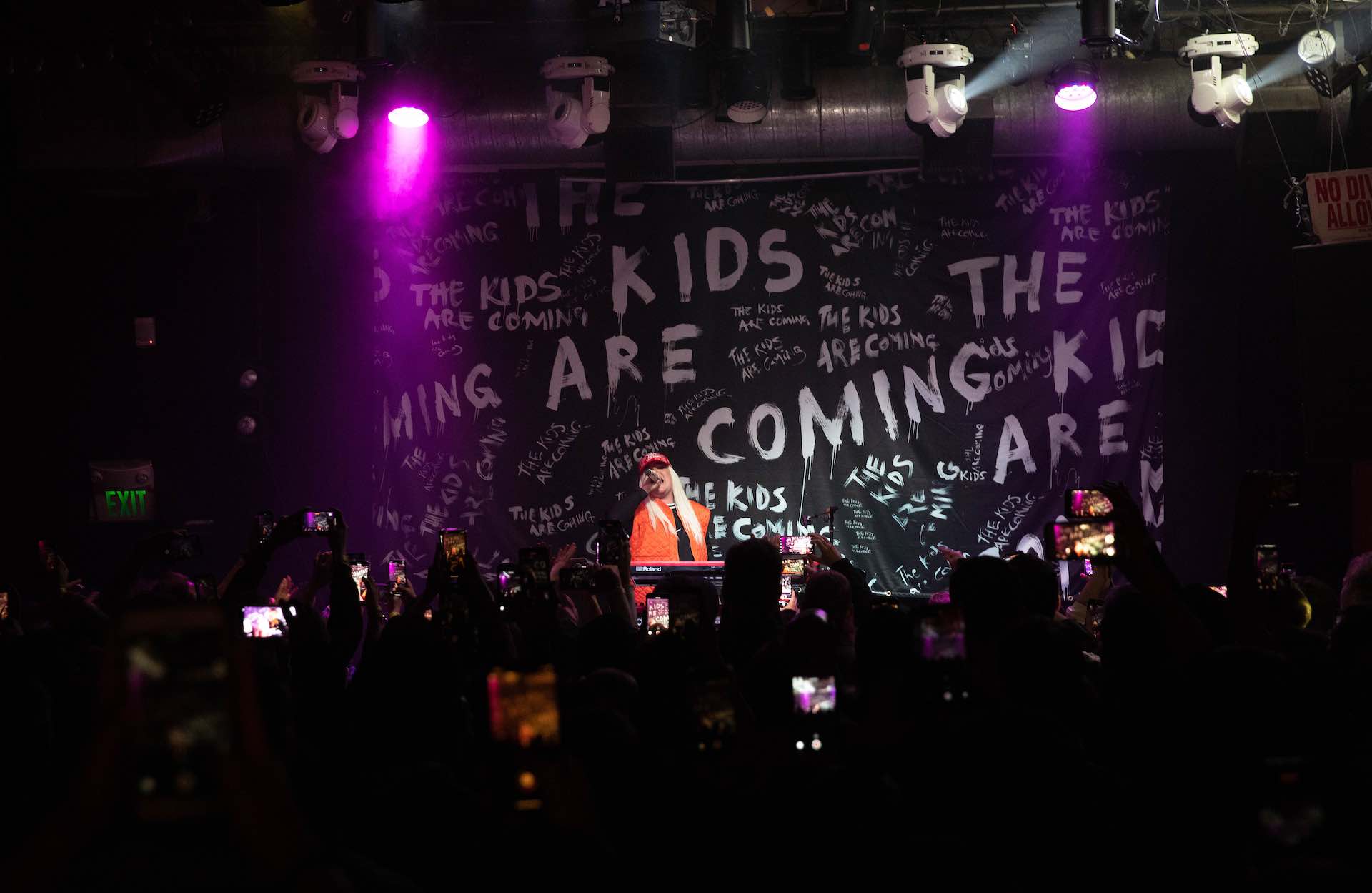 Tones and I made her San Francisco debut at ‘Popscene’ night at the Rickshaw Stop Saturday night. The sold out show was packed with an audience filled with fans of all ages, as families with children were scattered amongst twenty-somethings and older fans. Kicking off her set with “Can’t Be Happy All The Time”, Tones and I (born Toni Watson) took her position at her keyboard, dressed in an outdoor vest and ball-cap that adorned her EP title, ‘The Kids Are Coming’. Following up “Never Seen The Rain”, fans roared with approval, singing along to the point where Tones and I would alternate singing the lyrics with them. Noting that San Francisco was amongst the first to embrace her music and play her on commercial radio, Tones and I expressed gratitude numerous times throughout the set. Her cover of “Drop The Game” (originally done by Chet Faker) really showcased her powerful and commanding vocals, while her interpretation of “Forever Young” (originally done by Alphaville) featured her skills with on-the-spot sampling and looping, something that was necessary for a one-woman show, who busked for a period of time to hone her skills. It was after that song for which she thanked the crowd again for coming out and went into her international hit, “Dance Monkey”. The sing-alongs were loudest than they’d been throughout the night while cellphones were scattered above people’s head to record the excitement. Ending with the title track to her EP, “The Kids Are Coming”, Tones and I has found her groove with just the fourth show of her North American tour and overwhelmingly demonstrated that her current success is just the beginning of a prosperous career ahead.