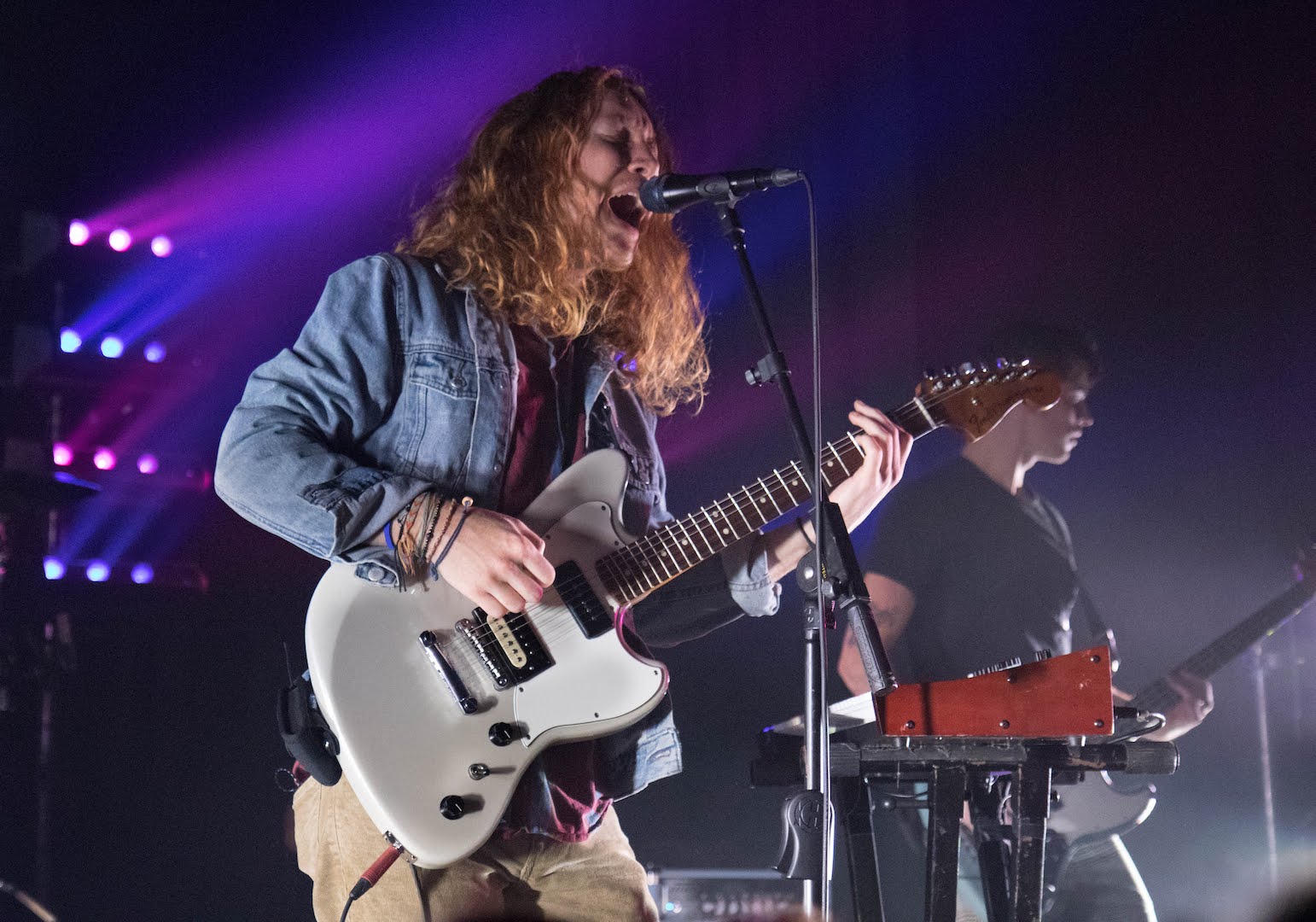 Fresh on the heels of the release of their sophomore album, ley lines, on September 6th, flor hit the road in support of the new release last week with support from Lostboycrow and Little Rock, Arkansas duo joan. Bringing their show to the Exit/In in Nashville, TN, all three artists have a similar aesthetic and their stage presence was strong and lively. The line of fans awaiting to get into the venue early was long and the line was still evident during the first set as fans were still coming in well into 30-45 minutes after doors opened.

Kicking off their set with the recent release “Orange Juice”, Lostboycrow was the opening act and brought his catchy melodies that included “Devil’s in the Backseat”, “San Juniper”, and “Danger Container”, where the Lostboycrow, aka Chris Blair ended with a message on the back of his guitar “What are you waiting for?”.

Out of Little Rock Arkansas, the 80’s inspired synth-pop electric indie duo joan hit the stage next. With the goals of writing “big city music from a small town”, joan opened with “Drive All Night” that got the crowd head-bopping and dancing. Followed by “Love Somebody
Like You” and “Tokyo”, joan, consisting of Alan Thomas and Steven Rutherford got the crowd jumping throughout the set and showed promise as one of music’s emerging acts.

After a brief switchover headliners flor took the stage with their dreamy upbeat vibes, highlighted by “Back Again”, “Hold On” and “Warm Bodies”. The crowd, already in the active and dancing mood, took the energy level up a notch with “Restless Soul”, as the band acknowledged it was one of their personal favorites. Lead singer Zach Grace was charismatic and humble throughout, expressing his gratitude on behalf of the band for the crowd coming out and led the audience in singalongs throughout the show. Having already opened for the likes of Halsey, Paramore and Hayley Kiyoko along with numerous festival appearances, flor showed their poise and growth as a band that will continue to enable them to play larger venues in the future.