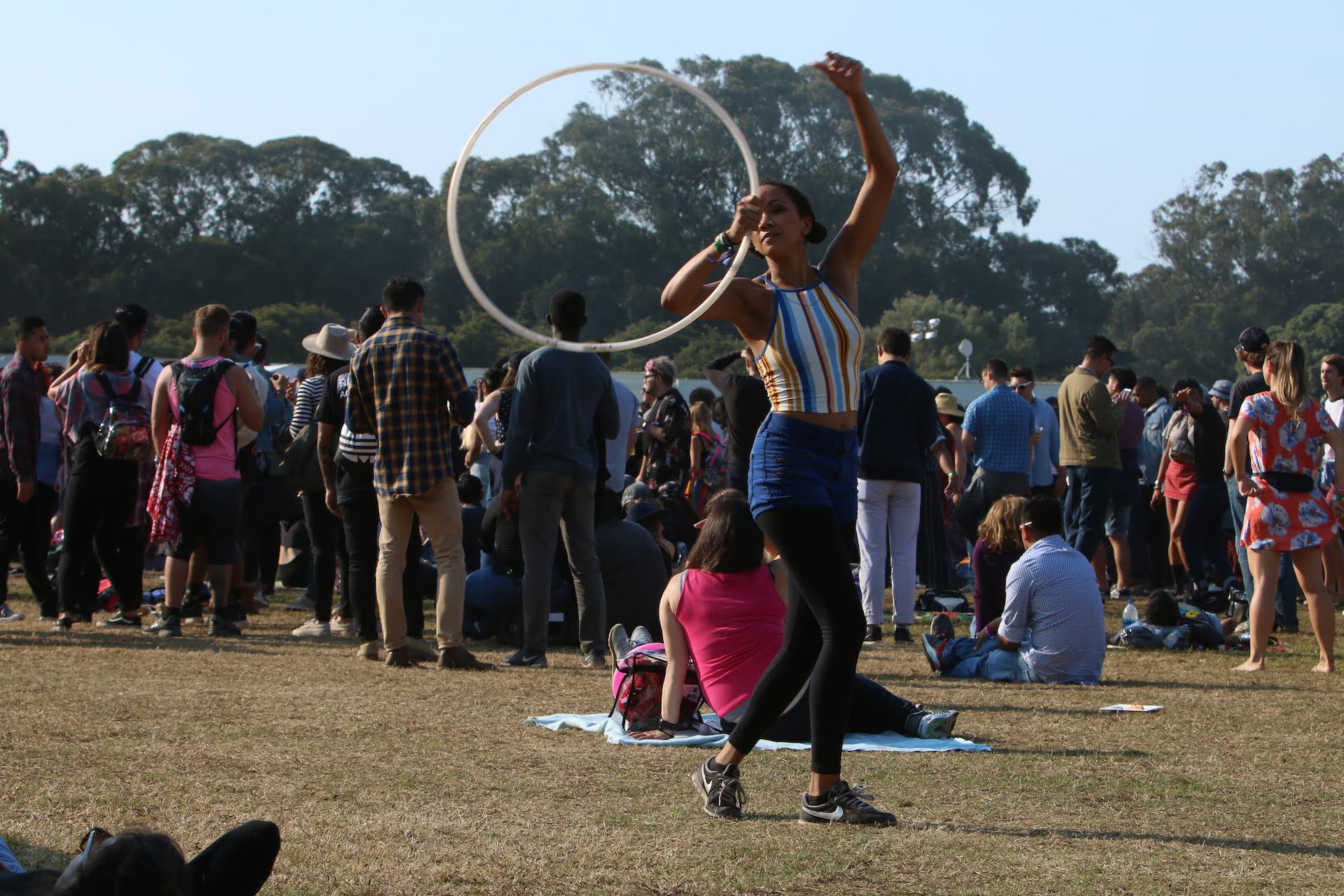 The beloved Bay Area favorite music festival (hosted by Another Planet Entertainment) Outside Lands returns this weekend for its 12th anniversary on August 9-11th. It’s been over a decade since it first started in 2008 and has drawn music fans from all over the world to see their favorite artists in the unique setting that is Golden Gate Park. In the past, Pearl Jam, Kings of Leon, Radiohead, Muse, Lana Del Rey, Billie Eilish, Lorde, and others have performed. Now Outside Lands 2019 boasts a solid lineup that includes numerous Grammy-nominated artists and Grammy winners. Besides enjoying the music scene that Outside Lands is recognized for, there’s also the major food attractions and activities. The Bubble Tea Party is a unique experience for attendees to drink boba in a Wonderland themed area, as well as the annual GastroMagic where chefs are paired with musicians/entertainers for a good laugh as they prep a cooking show. Visit Wine Lands and pair your glass of wine with cheese as you stroll to Cheese Lands. Being right next to the Pacific Ocean, be prepared as the festival can be very chilly, so Outside Clams has a bowl of Clam Chowder waiting for you! When you’re full and want something else than live music, check out the live painting from numerous artists. Swing by to the House of Heineken for a beer and an intimate club vibe with live DJs. There’s so much to do for three days of Outside Lands that you won’t have any problems finding something to do!

With so many stages (Lands End, Sutro, Twin Peaks, Panhandle, etc.) to pick and choose with a variety of artists performing, we’re breaking down our fav B-Sides artists to catch during the three-day festival. Each day the show begins at noon. Come early on Friday to check out new artist, half alive whose catchy tunes will be a solid set to catch “still-feel.” at Lands End. Switch over to the next stage Sutro to see the musically talented Cautious Clay followed by local East Bay artist, Still Woozy. If you’re into moody alt hip-hop head back over to Lands End where The Neighbourhood will be crushing their set in the afternoon or watch enchanting Norwegian singer Aurora prance on stage at Twin Peaks until 4:30 pm. Currently, on tour with Blink 182, rapper Lil Wayne takes the stage at Lands End before the skate-punk group rocks out from 6:25-7:40 pm. You can chill at Sutro while San Holo drops some beats or walk on over to Twin Peaks to hear Counting Crows sing “Mr.Jones” and their other hits for an hour. Attendees can end their night head bobbing to Twenty-One Pilots at Lands End or relax to folk-pop music of The Lumineers at Twin Peaks close to 10 pm.

The second day of Outside Lands just keeps getting better with artists including the emerging act, Wallows at Lands End from 2:20-3:05 pm. What’s so great about Outside Lands is that you don’t have to stay in the same spot, but rotate to new places anytime you want! After wandering around exploring the wonders of Outside Lands, grabbing delicious Bay Area foods, and socializing with festival peers, don’t miss Big Wild tear up the stage at Twin Peaks from 5:20-6:10 pm. He’s no stranger to festivals so his set will be memorable and so will singer Ella Mai right after. Irish singer Hozier out with his new album Wasteland, Baby performs on the Sutro stage at 7:35-8:50 pm. Last but not least, singer/actor Childish Gambino makes his way to Lands End wrapping up Day 2 of Outside Lands in the evening. Maybe he’ll perform a Lion King song or two?

The final day of Outside Lands looks strong and as the saying goes, they’ve “saved the best for last”. Kick-off your day seeing the wild Cherry Glazerr at Sutro in the afternoon. In the next hour, Judah and The Lion will take you back at Lands End for their set at 2:50-3:40 pm then soon afterward multi-Grammy winner Kacey Musgraves joins the stage. Recently opening for Billie Eilish, rapper Denzel Curry Curry returns to San Francisco with his set at Twin Peaks mid-day. Bob Moses will be jamming together at Sutro from 4:55-5:40 pm and on the same stage, Toro y Moi right after. Pop singer Beb Rexha shows what she’s got at Twin Peaks that evening and closing out from 8:20-9:55 pm is Kygo where we can take in his signature tropical beats and we expect to hear his remix of the late great Whitney Houston “Higher Love“. To get you ready for Outside Lands 2019, here’s our playlist to pump you up for the three-day fest!