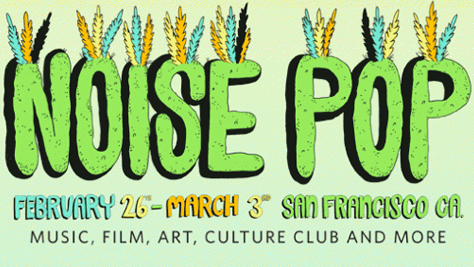 Noise Pop Festival is upon us and we here at B-Sides wanted to give you a heads up on the the bands you won’t want to miss this week. A lot of bands have gotten their big break at Noise Pop and we want you to be able to say you “heard of them first” so here’s the rundown.

First off is Body/Head. We really don’t think we need to say anything other than KIM GORDON. For those of you who don’t know who that is, go googled a little band called Sonic Youth then refer back to our previous statement. Kim Gordon (formerly of Sonic Youth) and Bill Nace bring their experimental rock-n-roll to the opening night of Noise Pop at the Rickshaw Stop. February 26th. Doors are at 8. Be there.

Family of the Year should definitely be put on your “Must See” list.

We have heard this band’s name floating around for quite awhile in the Los Angeles music scene.  This endearing indie-folk band have won hearts with their catchy tempos and poetic lyrics. We suggest you go check out a song called “Hero”  and if that doesn’t make your heart melt, we don’t know what will. Family of the Year play at Bottom of the Hill on Thursday, February 28th.

For the music fans who want the same indie vibe but want something a little bit more experimental, check out Bear Mountain. Their eclectic indie-pop will have you dancing or at least tapping your toes to their eccentric beat. Bear Mountain plays at the Rickshaw Stop on the 28th.

If the indie vibe isn’t what you’re looking for, then check out Massachusetts post-rockers Caspian. These guys have been around the music scene for quite awhile but like wine, they have gotten better with age.  We guarantee you won’t find any better ear-gasmic, atmospheric rock at the festival. Caspian plays Sunday, March 3rd at Bottom of the Hill.

If you are looking for something to dance to, then head over to YACHT’s set. Having been known to “blow your socks off” with their live performances, duo Jona Bechtolt and Claire L. Evans along with several other  touring members use a combination of electronic and practical instrumental elements to recreate their psychedelic dance sound. YACHT is playing at Slim’s on March 2nd.

For more information on these bands and the rest of the lineup, head over to Noise Pop’s website. You will find the full lineup and schedule as well as tickets and venue information. Also check out the schedule for the accompanying film screenings and arts shows that will be dispersed at local venues throughout San Francisco.